The second edition of The Other Book split into two parts:

Spring is all about re-connecting after having survived the darkness of the pandemic. There is an art book fair at Quartair and exhibitions at HOK and at Grafische Werkplaats.

Fall is all about in-depth. There will be several exhibitions, workshops, masterclasses and talks.

The Other Book 2022 is devoted to the underground: artists' books and other printed matter ephemera of the counterculture; from the past and from the present.

Over the course of three days, The Other Book provides a platform for artists, publishers, print rooms, collectives, art libraries, collectors, and book enthusiasts from all secret corners of the world. So, come and browse through a collection of underground artists' books and artistic publications beyond your wildest imagination. The Other Book is free and open to the public.

By providing a stage for both local and international artists and underground publishers, The Other Book serves as a place of exchange. The extensive program explores artistic practices, conceptual publications, and the seemingly endless possibilities of the self- or independently published artist’s book and artistic publications. 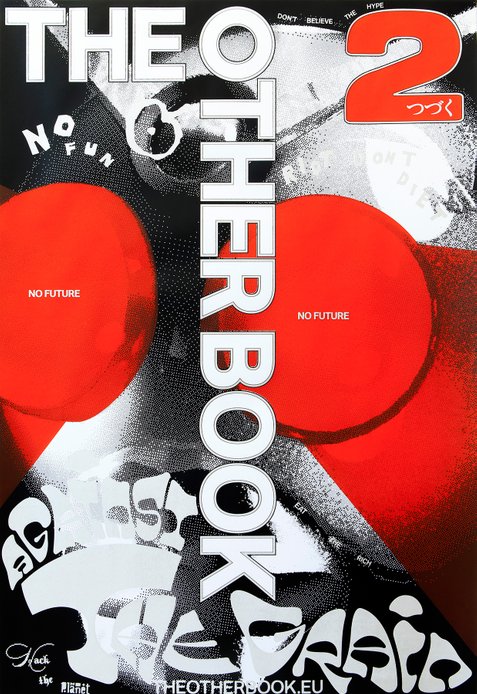 Serigraffeur was a gallery and shop for prints in Berlin, that opened in spring 2012 and offered a large collection of prints, posters, and artists’ books. Through events and exhibitions, the collection of prints grew into a large selection of posters and graphics. What started with a core of silkscreen artists living in Berlin, later expanded to include many international artists as well as different printing techniques.

Serigraffeur’s 10-year anniversary marked the end of an era: the shop was forced to close its doors as a result of the gentrification in Berlin. But that doesn’t hold Tom Singier back. Now a homeless wanderer, he brings Serigraffeur to us with an exhibition looking back at the past but also looking forward to new projects, spreading the love of handprinted art and the work of the artists dedicated to it.

Serigraffeur founder and Fiese-Fliesen creator Tom Singier will have a week-long residency at the Grafische Werkplaats in The Hague, where he will produce new work especially for the exhibition.

"I wanna be sedated"
Matt Plezier at HOK

Matt Plezier is a self-taught visual artist whose work reflects on issues of alienation, anonymity, (in)visibility and ways of constructing and disseminating narratives. It mirrors his own multi-cultural background and provides its viewer a different narrative in an unambiguous and sometimes confrontational form. Self-publishing through his imprint, MonoRhetorik, is a major part of his art practice. His process includes the experimentation with printing techniques, (appropriated) photography, and collages. Recurring themes are: raving, punk/hardcore and queer cultures.

In his work Matt Plezier references punk as a source of inspiration. Punk's quality was that it has no filter: when Patti Smith was asked about the definition of punk, her answer was short: “Punk is freedom”. In a world full of distractions, self absorption and a quest for perfection, punk seeks to confront the status quo. During his exhibition I wanna be sedated at HOK, Matt Plezier will present two new publications; one a facsimile collection of old Dutch punk fanzines from 1977-1980: Not Another Rotten Punk Book and his own I wanna Be Sedated, with reworked images he found. 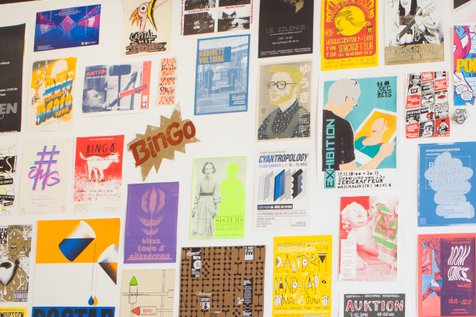 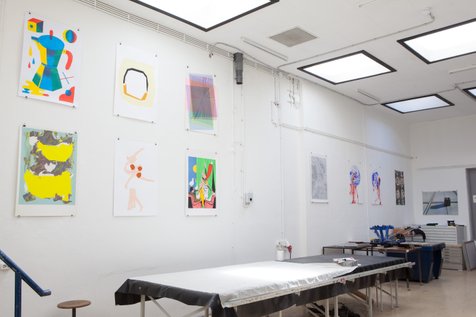 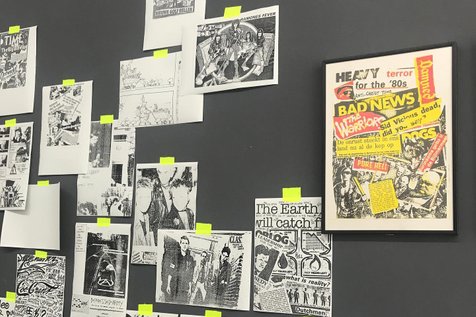 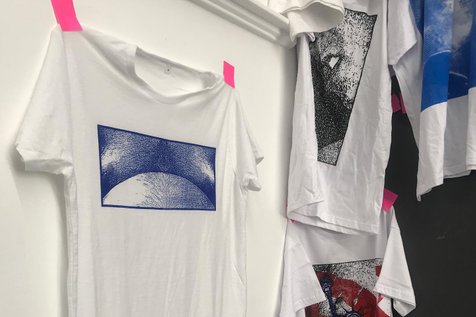 The Other Book Fair with over 60 (inter)national exhibitors at Quartair 27-29 May. Artist book publishers, zinesters, and bibliophiles from all over The Netherlands and abroad come together for The Other Book Fair: 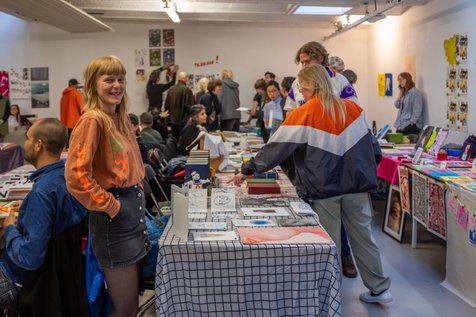 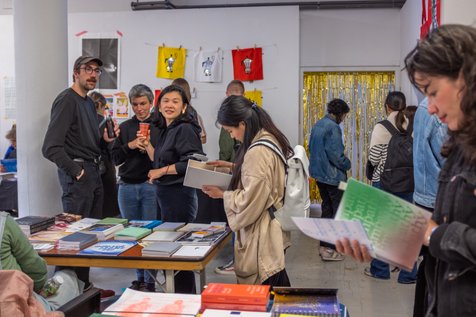 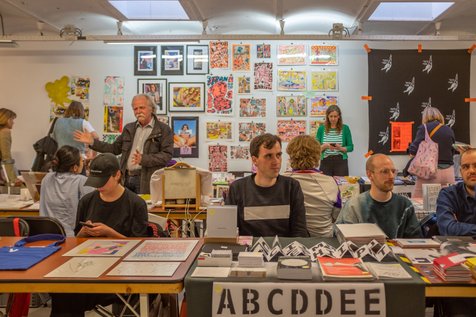 Knust at The Other Book Fair

Knust Press (Nijmegen, NL) invites you to come and join their online expertmeeting 'Talking about Dots' at The Other Book!

Knust will browse tables at the bookfair of the Other Book and invites other Riso publishers and printpeople to have a conversation about dots, grids and gradients.
Moderated by Paul John (founder of Endless Editions and coordinator of printing and publishing at JVE) various printers and studios will talk in detail about a single publication and their choices in terms of technique and content: expect short pitches and sneak-peeks of the making process.
A delight for all Riso nerds and stencil freaks!

This gathering is held in the context of bookproject 'Moving Dots, Speaking About Dots' that will be presented at Page Not Found.

Jezus Cinco is a video artist who lives and works in the rural North of the Netherlands. He mostly works with analog gear and found footage, as well as his very own brand of glitch art. Recently he has been exploring on a longboard and documenting his adventures.

Strict Nurse is the alter ego of Leilani Trowell. Raised in a strict household in the USA with dreams of becoming a pop star, now residing wildly in the low-lying lands, Strict Nurse improvises with layered (cassette) loops, samples, synthesizers and a sweet, sinister voice to cast a spellbinding soundscape with an underlying current of booming bass. Modalities of healing, perversion, power dynamics and personal intuition are the current themes in her work.

Gökay Atabek
Gökay Atabek is an artist and researcher who, albeit unwillingly, has been appointed the representee, accountant, webmaster, and production manager of Vølksamt! - a de-facto art collective that deals with intermedia art. Atabek has been working with computer and new media art. After an adventure starting in his bedroom with a Big Muff Pi, he developed competence in electronics, which he nowadays uses to assist and advise Vølksamt!